Microinteractions UX design are a set of insignificant moments which are negligible on their own, but they add up to create huge impacts on the user’s mood and opinion. It’s likely that you started your day with a micro-interaction and you are most likely to continue to engage in these moments with your digital devices throughout the day.

Wait a minute, what exactly are microinteractions?

A microinteraction UX design is any single task-based engagement with a device that help users flow through UX design.Every time you change a setting, sync your data or devices, set an alarm, pick a password, log in, set a status message, or favourite or “like” something, you are engaging with micro interactions UX design.
They are everywhere, in the devices we carry, the appliances in our house, and they are even embedded in the environments we live and work in. Microinteractions usually go unnoticed, unless something goes haywire, or when something goes brilliantly well.

Most appliances and some apps are built entirely around one microinteraction. If the microinteractions UX design is properly executed, then it is smooth enough to pass unnoticed while the user is performing his usual activities on a website.

These tiny moments add substantial enhancements to your UX. Microinteractions provide delightful visual feedback, making the interface feel weightless, thanks to the smooth transitions during interactions.

A microinteractions UX design has four parts: a Trigger, the Rules, Feedback, and Loops/Modes. Every interaction includes these parts to create a cycle for how things work.

Microinteractions work because they appeal to the user’s natural desire for acknowledgment.

Microinteractions improve the UX by making the UI less machine and more human.

Not only do they improve functionality, they also make your site more engaging, taking a dull experience and making it more fun and memorable, which is why you should care about making the most of your microinteractions.

Why should you focus on microinteractions?

Some Do’s and Dont’s 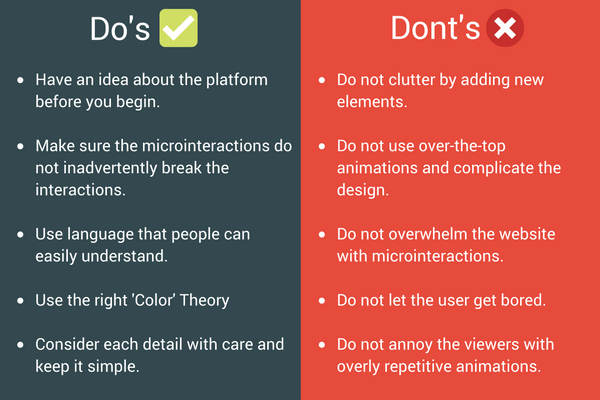 Microinteractions UX design are well-integrated into responsive WordPress themes. They are human-based which makes them completely understandable and intuitive, without any additional guidance needed. Not only do these microinteractions help users to interact with a given WordPress based website, they also keep them hooked to the resource for a longer period of time. The most effective microinteractions are delivered only when the developers understand the need of the audience.

Some tips while dealing with microinteractions UX design

The interface should keep the user enlightened about what is happening by displaying a graphic in the background, measuring bitrate, or playing a sound.

Show notifications to make sure the user sees it. The animation will attract their attention and encourage users to pay heed to important information.

Keep a clear navigation between different pages, so the user understands what appeared from where, and is able to easily navigate back.

Data input is one of the most important elements of any application. And micro-interactions turn this process into something special. You can use existing elements to deliver feedback.

Microinteractions have the power to encourage users to actually interact. Focus on user emotions, draw from context & user research and design for repeated use.

Microinteractions UX design keeps the whole user experience interactive and fun. Although they do go unnoticed and that’s how it is supposed to be, I’m going to tell you a few places where you will find them. And I guarantee that after this you will start noticing them!

Microinteractions can be inserted in a variety of places, around any potential action. But in general, they tend to come up in the following areas:

Connecting one device to another

Some of the well-defined examples of microinteractions that you may come across: Over the past several years, web design trends have been gravitating towards making things more human-oriented, introducing microinteractions UX design as a means of interaction between the users and the website environment.

Microinteractions are a great way to enhance both the user experience and the functionality of your website. These tiny moments can add up to being one of the most important elements, making your website seem weightless and smooth, improving a range of overall elements and helping your website stand out from the crowd.

Have you come across some really great microinteractions UX design yet? Let us know in the comments below!!

Subscribe to our newsletter for more such articles and curated lists!! 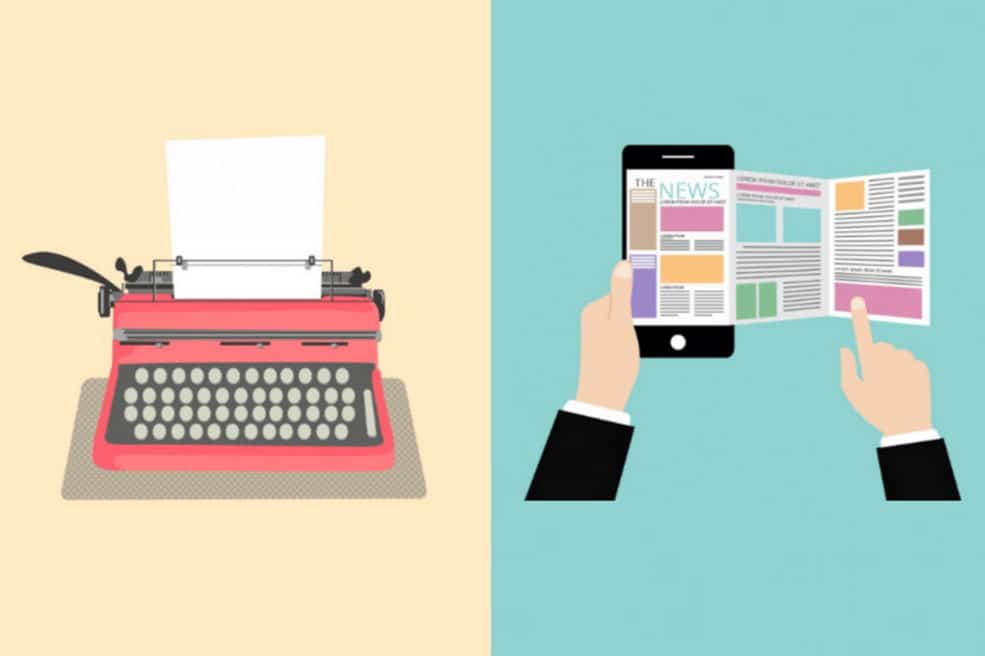 What You Can Learn From The Best News Website Designs

People process loads of information on the web every day, and this, of course, affects how they expect news website designs to behave. 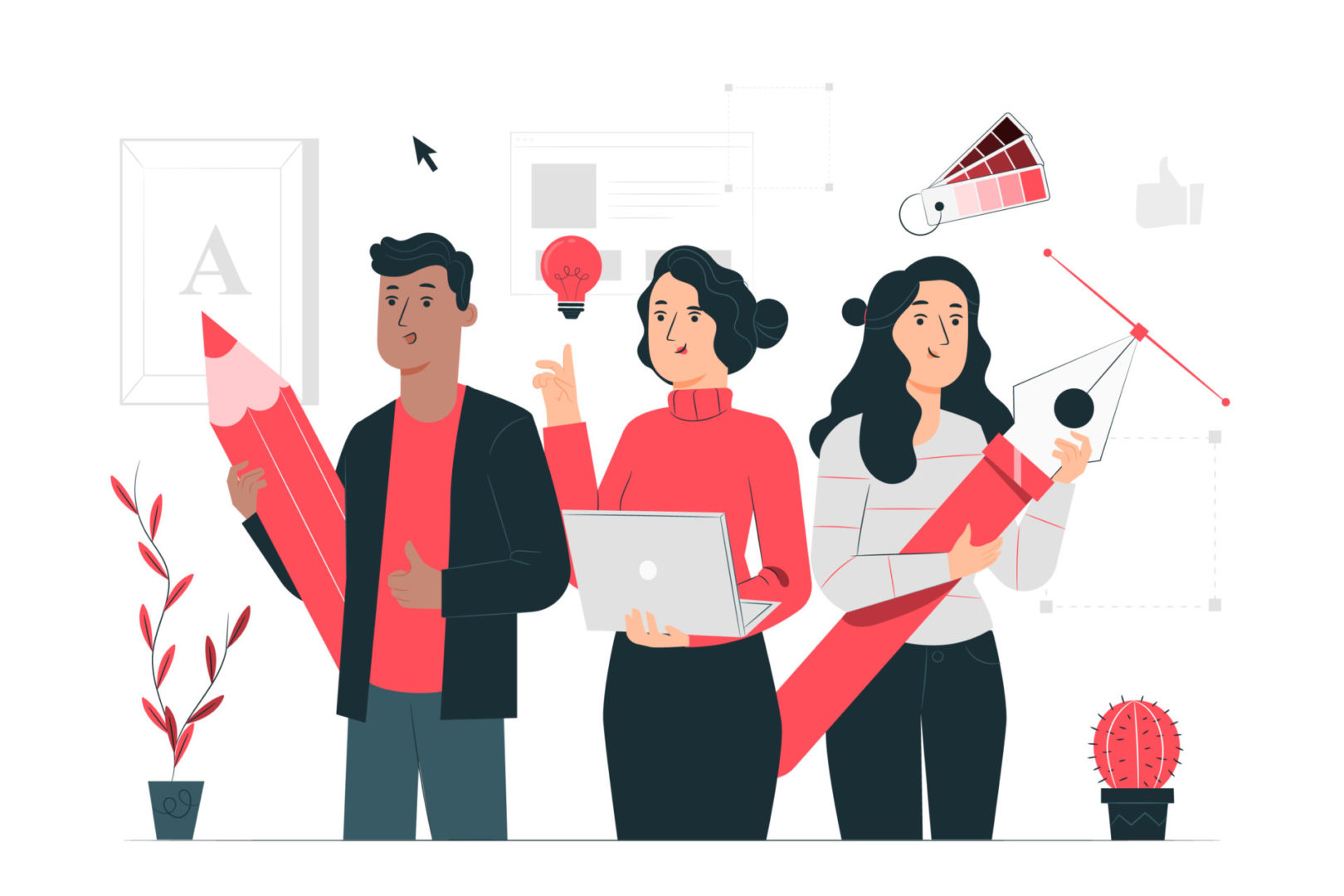 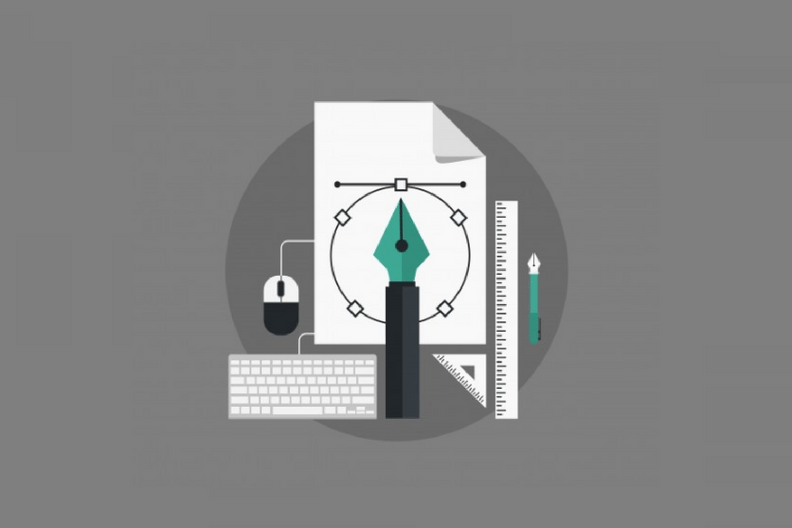 The Differences Between Web and Print Design you need to...